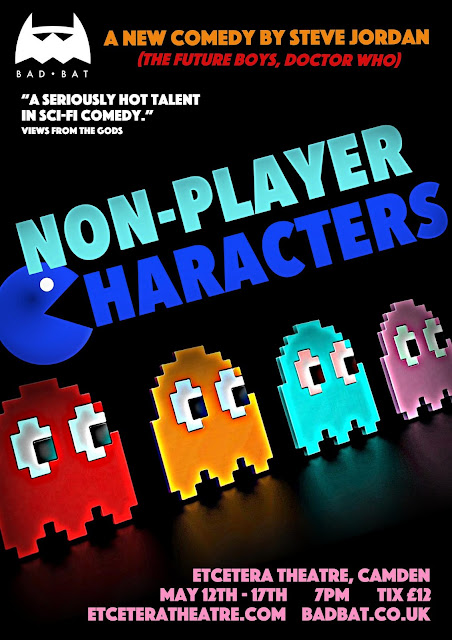 We're thrilled to announce that Bad Bat's next theatre production will be NON-PLAYER CHARACTERS by Steve Jordan (The Future Boys, Doctor Who), a new one-hour comedy play about the trials and tribulations of a group of misfits and a second-hand computer game shop on the Isle of Wight. That's right - the stakes are pretty high here.

Tom was born a decade too late - he owns a highly curated vintage computer game shop on the Isle of Wight, while his contemporaries are more interested in starting families and building careers… bloody sad acts. You’ll never complete Super Mario World with that attitude.

The shop is failing, due in no small part to his refusal to stock merchandise that people might actually want to buy, and he is running out of money and sanity. He grudgingly attempts to modernise by copying his best friend, charismatic YouTube vlogger Lara - but discovers there’s more to online popularity than aggressively reading tedious facts at camera...

The crisis deepens when a competitor, former computer game developer Alex, announces that he will soon be opening a rival store on the island. He’s even trying to steal Tom’s only employee - Greg, a former bank manager who’s nostrils-deep in a midlife crisis.

This island ain’t big enough for the both of them. Only one thing can settle this – a ‘loser leaves town’ fight to the death - in an obscure vintage computer game, obviously.

Can Tom bring his shop into the 21st Century (or even the 90s, that’d be a start) enough to drum up business? Or will he ignore the bigger picture and instead obsess over winning a poorly-thought-out gaming tournament? Maybe it’s both! You’ll have to reach the end of level boss to find out...
‘Bad Bat have established themselves as seriously hot talent in sci-fi comedy.’ – Views from the Gods
Starring:
Robert Dearn as ‘Tom’
Hannah Victory as ‘Lara’
Adam Joselyn as ‘Greg’
Joshua Jewkes as ‘Alex’
Produced by Steve Jordan & Ellen Gallagher for Bad Bat Productions.
Posted by Steve Jordan at 12:08 No comments:

The paperback editions of 'The Future Boys' and 'Empire of Monsters' are now available to buy on Amazon. 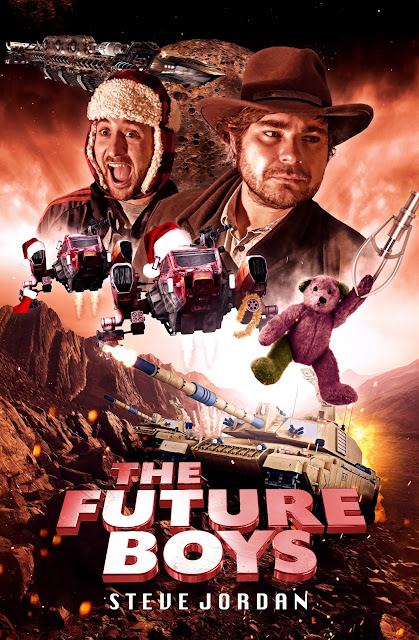 A novel based on the cult science fiction comedy plays and audio series, by award-winning genre author Steve Jordan (The Good Death Guide, Doctor Who).
The year is 2288. Two complete strangers wake up on a tiny shuttle in the middle of deep space. Tyler, a sarcastic, over-confident entrepreneur, finds himself trapped with Gary, an insufferably chirpy conman. The Syndicate has sentenced them both to death - they have one hour before their shuttle plunges nose-first into the asteroid belt. Can they work together to survive? Are they doomed to irritate each other into oblivion? Death is only the beginning...
Join Tyler and Gary on an epic adventure across the solar system - treasure hunting on Proteus, taking on an evil empire, and a series of perilous, ludicrous heists.
The future of the galaxy is at stake - will they screw it up like everything else?
Link to buy. 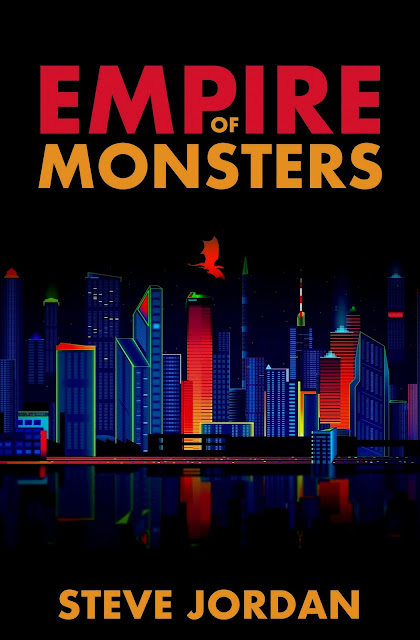 Monsters are real. In the husk of an abandoned city, ghosts haunt the streets, dinosaurs hunt in the parks and mythical creatures stalk the neighborhood. The only human survivors have been forced back to an encampment on the outskirts.
Kate remembers the city before the monsters appeared, and is prepared to fight to reclaim it from them.
Zing, the youngest, has only ever known a life behind the walls of the encampment - but that's about to change.
Tyler and Gary, two petty criminals on the run, realise they've landed in hot water when their spacecraft crashes nearby. The monsters are getting more aggressive, and supplies are dwindling.
Will they escape? Will the monsters get them?
Set after the events of 'The Future Boys'.
Link to buy.
Posted by Steve Jordan at 12:07 No comments:

Posted by Steve Jordan at 15:17 No comments: 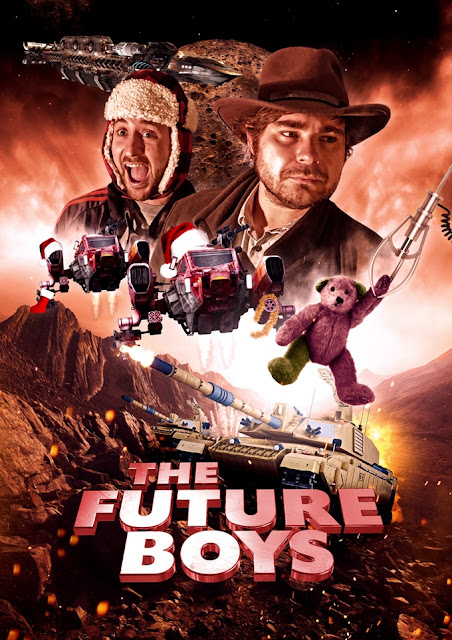 I’m currently working on a novel, which will be released later this year for Kindle and also available in paperback, which is a personal first for me. Hopefully no later than September. It will be called... yep, you guessed it... The Future Boys.

It will tell the story of the entire Future Boys saga (except Empire of Monsters, which is definitely its own thing). I’m re-telling the three original theatre productions - Dead Static, Pilgrim Shadow and King Chaos - plus the two audio episodes, and the stories of what would have been the other four episodes of the audio series - to make one glorious package.

The poster for what would have been the audio series (pictured, by Will Brooks) will become the cover of the new book. Nothing will be omitted form the original scripts - only added to, so hopefully there will be plenty of lols for you to enjoy, as well as the epic conclusion of the series.
Posted by Steve Jordan at 07:55 No comments:

Email ThisBlogThis!Share to TwitterShare to FacebookShare to Pinterest
Labels: novel, the future boys

The Seventh Doctor New Adventures are out now!

Doctor Who: The Seventh Doctor - The New Adventures is out now!


This title was released in November 2018. It will be exclusively available to buy from the BF website until December 31st 2018, and on general sale after this date.

Posted by Steve Jordan at 08:30 No comments: 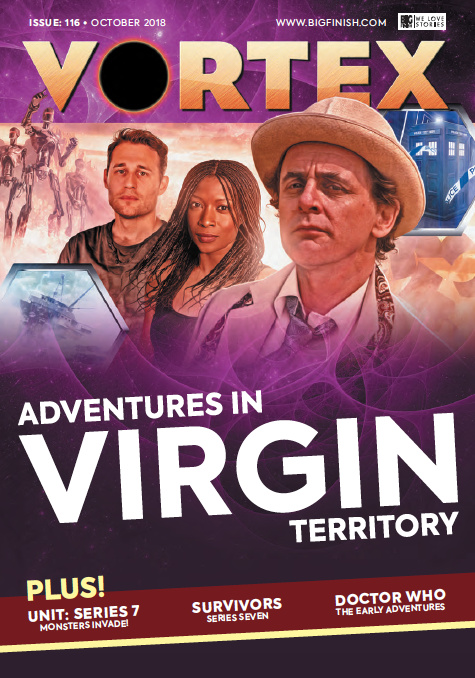 You'll find an interview with myself and the other Seventh Doctor New Adventures writers in this month's Vortex Magazine. It's FREE, so what are you waiting for!
https://www.bigfinish.com/vortex/v/116
Pictured below, from Vortex; the cast of my story 'Vanguard'! They look like a lovely bunch don't they? (l–r): Olivia Morris, Travis Oliver, Jacob Dudman, Connor Calland, Yasmin Bannerman, Sara Powell and Sylvester McCoy. 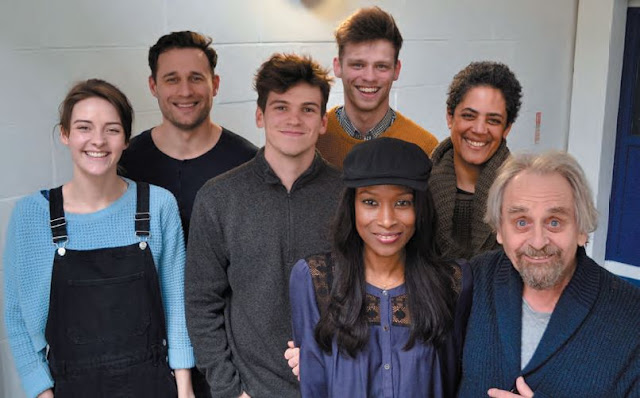 Posted by Steve Jordan at 16:43 No comments: 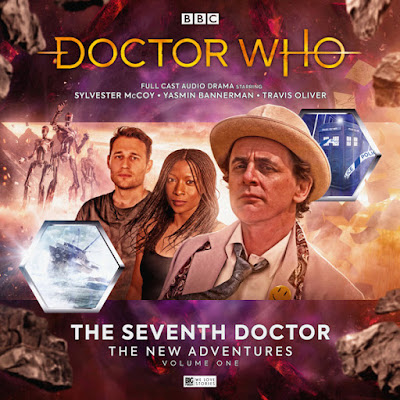 From bigfinish.com, news of my Doctor Who story...
Coming out this November, Sylvester McCoy’s calculating and comic Seventh Doctor returns with two companions from the Virgin Books’ New Adventures of Doctor Who: Yasmin Bannerman plays Roz Forrester and Travis Oliver plays Chris Cwej in Doctor Who – Seventh Doctor: The New Adventures.
The Virgin Books’ New Adventures of Doctor Who took the reigns of Doctor Who after the television series finished after its 26th season back in 1989. The novels took a darker, deeper approach to Doctor Who, using longer storylines and ideas that wouldn’t have made it to the television screen.
This new box set includes four stories:
1. The Trial of a Time Machine by Andy Lane
2. Vanguard by Steve Jordan
3. The Jabari Countdown by Alan Flanagan
4. The Dread of Night by Tim Foley
Producer and director Scott Handcock explains: “As a fan who grew up in the era of the New Adventures novels, I was thrilled when David Richardson offered me the opportunity to tackle a new box set featuring the Seventh Doctor, Roz Forrester and Chris Cwej. The feedback for the Novel Adaptations was fantastic, and getting the chance to tell completely new stories with this TARDIS team has been a joy!
“We’ve tried to make the most of the box set format, so we have four original hour-long stories reuniting the Doctor, Roz and Chris – and, of course, Sylvester, Yasmin and Travis, who struck up such a brilliant rapport on the adaptations. The four new tales tackle very different genres, in very different settings and times, with Chris and Roz creator Andy Lane kicking off the box set with his story, The Trial of a Time Machine. There really is something for everyone!”
The New Adventures will be released in November 2018, available as a CD box set for £23 or on download at £20 from www.bigfinish.com
Posted by Steve Jordan at 17:01 No comments: 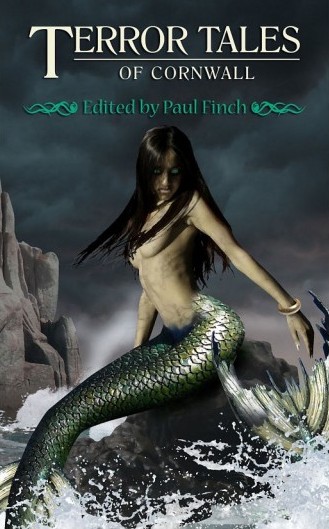 THE GOOD DEATH GUIDE & OTHER TALES

A new collection of short stories, exclusive to Kindle and free to Kindle Unlimited subscribers. 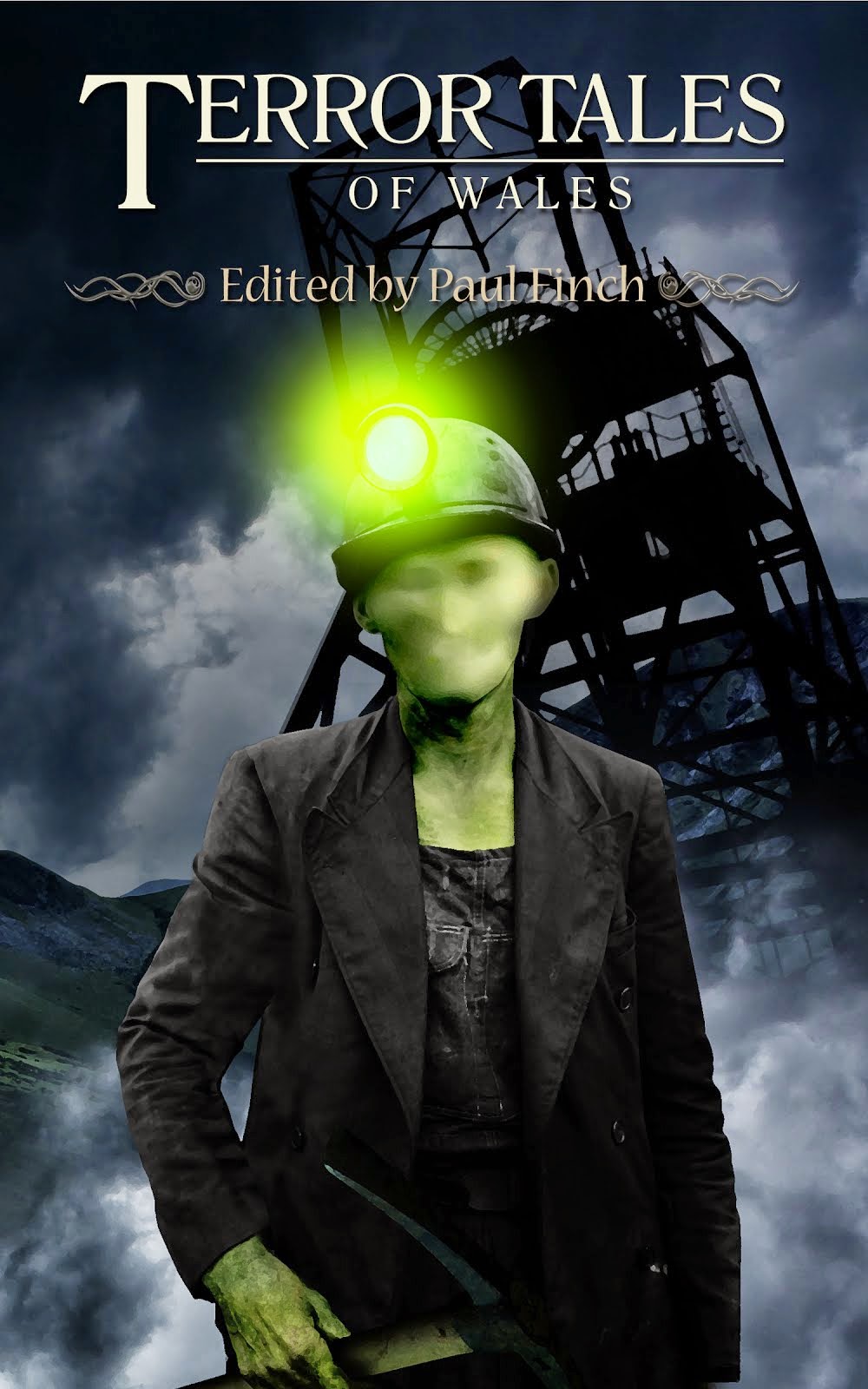